So for anyone new to the fandom, the word “kaiju” can seem a bit strange and definitely niche. Nothing could be farther from the truth actually, as most of us have seen a movie with a strange beast in it, “strange beast” being the meaning of the word kaiju after all. But suppose that this really isn’t your thing, suppose you have a friend who is obsessed with this cinema genre or perhaps you are the parent of a kid who just couldn’t be more into giant monsters – well, have I got a list for you.

The following films are a collection of solid plots, iconic monsters, and are generally considered kaiju classics. These are in no real specific order and while every kaiju fan has their own tastes and favourites, this is my review and just my recommendation of where to get started. So without further adieu, here we go….. 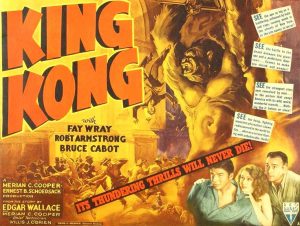 One of the most ambitious pictures of its time, Kong still entertains fans all these years later.

The first film on my list is perhaps one of the most iconic films of all time and no doubt you have heard of it: KING KONG. This could be considered the classic that started it all and even though it was released in 1933, it holds up very well due to its timeless themes and the spectacular special effects work done by Willis O’Brien. This film has it all: romance, adventure, an uncharted prehistoric island, and an iconic climax. It has been copied, but never duplicated.

Godzilla: King of the Monsters (Gojira)

You simply cannot talk of giant monsters without mentioning Gojira aka Godzilla.

Gojira is the film that started the Godzilla franchise, which now spans more than 30 films, and Godzilla himself has become such an iconic monster that he has inspired other monster films as well. A note of caution though, despite later films having more linear plot lines, Gojira is actual a complex film with an interesting story behind it let alone the actual plot of the film itself. It is worth understanding the back story behind the creation of the film to truly appreciate this entry. The original outing has two cuts, Gojira, the original (darker toned) Japanese version, and the re-cut American version titled: Godzilla: King of the Monsters.

View the Godzilla: King of the Monsters trailer here. 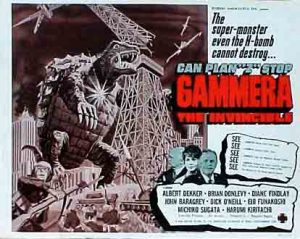 Gamera is the monster that can do it all, but nobody knew that going into the original film.

There are some film franchises that are created to compete. The DC to Godzilla’s Marvel is the monster Gamera. Gamera films are a mix bag of awesome monster action and goofy antics throughout the monster’s Showa career, similar to that of Godzilla. However, the monster’s first film, unlike Godzilla’s, has no undertone. It is just a fun monster movie. As Gamera is considered one of the “Big Three” (Godzilla and Kong being the others) it is definitely worth seeing his original outing Gamera: The Invincible.

Watch the trailer for Gamera: The Invincible here. 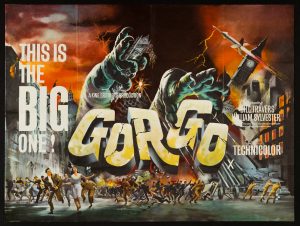 Gorgo’s suit effects are far above the contemporary standard.

The next film on our list is neither Japanese or American, but British! Gorgo is just a great popcorn film and it actually has pretty decent effects which have helped it hold up  well over the years; it is also the first colour film on this list. The plot is simple: if you get between a mamma monster and her baby….you are in for a world of hurt. As a fun bit of trivia, Gorgo’s mother Ogra was actually the inspiration behind our mascot Georgie.

Another bit of trivia – The Beast From 20,000 Fathoms, The Giant Behemoth and Gorgo all share the same director!

Check out the trailer for Gorgo here. 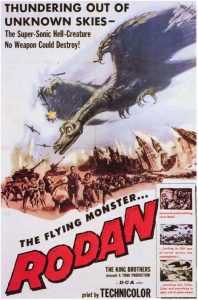 Rodan is actually a fantastic layered film, that builds slowly.

Rodan is a personal favourite. When I first saw Rodan it was on television and I had not seen the cover art.  Let’s just say that it starts with a different premise than is advertised and builds from there. It features romance, a surprisingly practical and layered story with horror undertones, and a fantastic climax that is echoed in the American cut of The Return of Godzilla. Rodan became part of Toho’s multiverse and in the Showa timeline is one of the few monsters that could give Godzilla a run for his money.

Catch the trailer for Rodan here.

The 7th Voyage of Sinbad 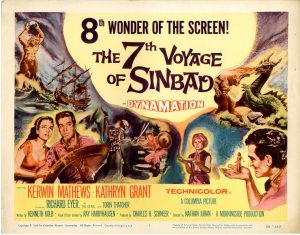 This Ray Harryhausen effects laden adventure is a gift that keeps on giving.

Kaiju means “strange beast”  and even if to you it means “giant monster”, The 7th Voyage of Sinbad is packed full of strange, wonderful, and giant creatures. Featuring some of the legendary Ray Harryhausen’s best work, this adventure film has everything you could want in a great popcorn flick. It is also child friendly as villain and adventurer deaths are very Disney-esque. So, crucially, this film is acceptable to watch around younger audiences and serves as a great gateway film for children of kaiju loving parents.

View the trailer for the 7th Voyage of Sinbad here. 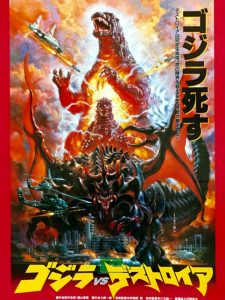 Godzilla vs Destroyah was the big guy’s official send off and continues to be an emotional watch for fans.

I am trying to limit the number of iconic Godzilla films, and while Destroy All Monsters, Ghidorah: The Three-Headed Monster,  and Shin Godzilla are all awesome, Godzilla’s canonical death is something to behold. Multiple monsters, a striking Godzilla design, moving and nostalgic music as well as a plot that ties back to the original film (with a returning cast member) make this a very memorable outing for the big guy.

Godzilla vs Destroyah was not released theatrically in English, so enjoy the Japanese trailer here.

Gamera: Guardian of the Universe 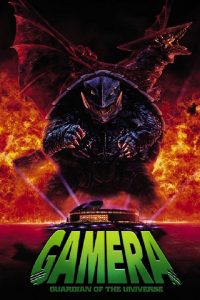 Gamera’s 90’s re-imagining gave Toho and Godzilla a real run for their money.

Gamera: Guardian of the Universe is not as otherworldly as the name may make it out to be, but the film is certainly out of this world awesome. A re-imagining of Gamera’s origin and pitting him against his greatest Showa era villain Gaos makes for great cinema. The special effects, story, acting, and film progression are all first rate and as silly as a fire breathing, flying, giant, sentient turtle is….this film pulls it off. It is just that good.

Enjoy the trailer for Gamera: Guardian of the Universe here. 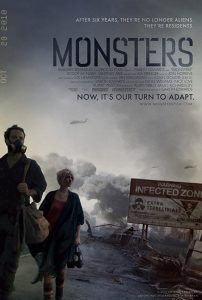 Before Gareth Edwards made a Star Wars, before he made Godzilla, he made Monsters.

Monsters is a thinking person’s film. The monsters themselves are a backdrop; the real core of the movie is about two people making it through a habitat filled with giant extraterrestrial creatures that are both beautiful and dangerous at the same time. It is a film about love, passion, trust, immigration, corruption, and it is very well executed. Perhaps the most indie film on this list, it is certainly worth a watch and demonstrates how the kaiju genre can be more than what the average film viewer gives it credit for.

Watch the trailer for Monsters Here. 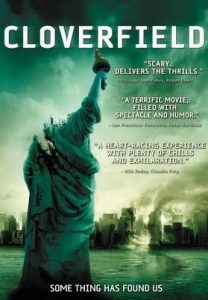 Despite the other films, the first Cloverfield is a kaiju masterpiece.

Cloverfield does what no other kaiju film to date has done. It puts you among the screaming masses. This is one of a sub-genre of “found footage” films, but don’t let that put you off it. It is layered and very well done. In my opinion, there need to be more films like Cloverfield, although perhaps not from the perspective of a handheld. The scale that this medium provides is sorely lacking in the genre – Gareth Edwards went so far as to shoot his 2014 Godzilla film from a human level perspective to give his titular monster star more scale and provide the audience with a since of awe. In this film, the scale of the damage and the monster itself instil a sense of dread, which is both refreshing and unique all thanks to the filming technique.

Watch the trailer for Cloverfield here.

So there you have it, a list to get someone started. There are many films in this genre, and as I stated earlier, there are enough out there to suit any taste – but the list I have provided here give a good base to springboard from. Eight of these films have sequels or are part of a larger film universe, so if you enjoy them – you are certainly in for a treat.

As always, thanks for reading and keep it kaiju! Joe out.