James was fed up with this crap. It had been four weeks since his last update and his superiors were going to be on his ass . Time to pay Oliver a visit.

As James skulked down the long corridor to his colleague’s office,  graphs and diagrams lined the walls. The bright colours and busy notes visible everywhere deceptively hiding the dull topics of sea temperatures, seasons and wildlife migration patterns. Progressing further, he stepped to avoid boxes full of files while random news  articles could be seen taped to the walls….Oliver’s basement lair.

Coming to a door at the end of the corridor James looked at a sheet of re-purposed memo paper that had been taped up and placed at eye level “Knock before entering”.  James raised an eyebrow and looked at the keypad next to the door handle. Typing the code to the door 1-9-5-4 he sighed. As the door clicked unlocked a loud buzz sounded.

Immediately on the other side of the door an irritated voice chastised him “What the heck man? That sound is awful. If you’d just knock I would let you in…” Oliver’s face went from exasperated to disappointed as he saw James. As the big man walked through the door, Oliver’s attention went back to a screen he was paying close attention to. James couldn’t help thinking of Mulder from the X-Files.

“Tell them to use the same one as last week…nothing has changed.”

“You know if you keep on like this  you’re gonna get made redundant. Team One had that happen to them.”

“A sonic buoy cannot do my job. Thank you for your concern….and Team One didn’t report on anything special.”

“What do you have on your head Oliver?”

James gave Oliver a dirty look. “No kidding. So I can pick up a pair like that HMV?”

Oliver, resigning himself to being a part of the conversation removed the large, specialised pair of headphones from his head.

“These are my Sennheisers. I am using them to listen in on the Southern Pacific via NOAA’s autonomous hydrophone array.”

“And why is that more important than what you are supposed to be doing Oliver? Your present work not interesting enough?” James smirked, the last remark was a trap. He knew that more interesting lines of work were far away and practically unobtainable, at the same time though, months and months could go between reporting any activity of note. Winding Oliver up was one of the few perks his job had.

“The Japanese know about their titanophores and their ecological niches far better than we do, and listening to these creatures in their native environment after you have read the Japanese team’s research just makes you realise what else is out there.”

“That’s grand Olly. But it’s not what you are supposed to be doing. Besides, the Japanese are always having issues with their kaiju. We get by because we are prepared and we are supposed to be having a human being constantly monitoring the situation in the North Sea.” 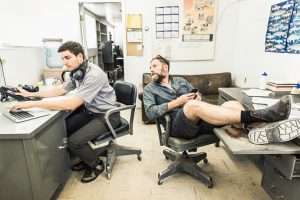 Oliver’s tone turned defensive. “Look mate, ‘Big G’ is a level 2 at best and the Japanese have a few creatures that are hovering around 6 or 7. These are clearly different animals. They do a great job considering what they have to deal with. Besides, at least they have the morals to find alternatives to nuking everything that crawls out of the ocean….Unlike some countries.”

“Report. New. You have three hours. I really shouldn’t need to pester you like this Olly. If you wanted you could spice it up you could throw in a few pictures of those Cthulhu things he eats.”

“Exactly the words I was looking to avoid, besides Cthulhu would have been better. Someone missed an opportunity. Perhaps you could appeal it in your report. I am going to get going now. ”

James left in a good mood. That last remark would give Oliver something to chew on for days. At the same time though, these visits did bring up some sympathy. Georgie wasn’t very active, and down here you had to find ways to amuse yourself.

Oliver watched the door for a moment after James had shut it. After the pause he brought his attention back to his desktop. The damn thing had logged out due to the pause. Exasperation rising he logged back in. While the computer went through its processes, the background refreshed. Oliver stared. It was the only surface picture taken of the creature it was his job to monitor day in, day out. Taken some time during WW2 it was a blurry, grainy picture of what everyone in his department knew to be the tail of Leviathan Georgius.

The monitor’s icons came back up and Oliver went about opening old reports to copy and paste from.

The most interesting topic in the world….nothing new to report. 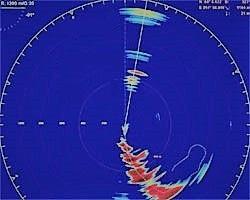 Oliver, looking at old reports, paused again  and scowled. Mumbling to himself “I am better than this-” and he logged into the shared system. Trolling through memos and updates, he found it. What he assumed was the 2nd most deleted mass email after the ‘who’s car was parked in the wrong spot’….the HR open positions update.

There was only one option, and it was one hell of a position…

Smiling, Oliver clicked on the electronic form and began filling in his details.

James sat at his desk after reading the memo that had been slipped under his door.